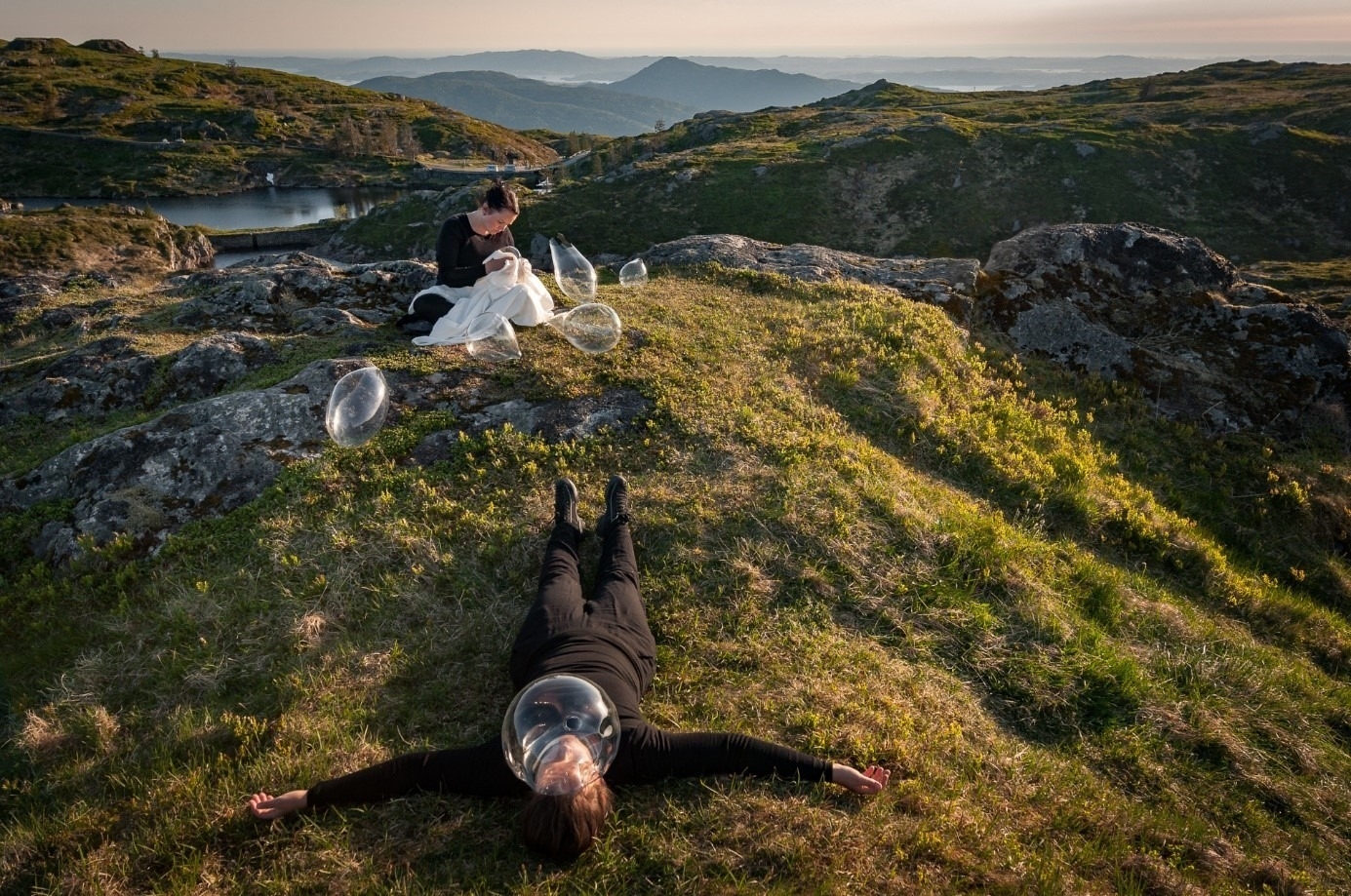 "Everything has its time"

A performance event in and around Storetveit church

On the occasion of Storetveit Church's 90th anniversary, the congregation together with the association Performance Art Bergen (PAB) has the pleasure of inviting you to a unique art experience.

On Saturday 17 October, the audience can meet artists inside and outside the church where various performances will take place.

The event begins at 11.00 in the parish house with 3 short lectures that will provide informative perspectives on the church building, performance art and the passage of time.

We have chosen the following Bible text as the approach to a comprehensive program:

Yes, he has always put in the hearts of men.

The theme for the day of performances is closely linked to the church as a place for religious rituals, and Storetveit church especially because it has its 90th anniversary The building itself has a distinctive visual expression from detail to wholeness. The headline "Everything has its time" points to the pervasive and orderly function of time in life inextricably linked to our bodies and the world around us.

Time and the experience of it is an aspect we often wonder about. Time is the framework for life and death. We go into time and we go out of time.

Many have had transcendent experiences that make perceived time go away or become a state of just being. This in turn can lead us to discover a spiritual dimension to being human. The performance expression can contribute to presence and open the gaze to what is, and since the framework around the works is so value-heavy, point to a possible transcendent dimension in life. 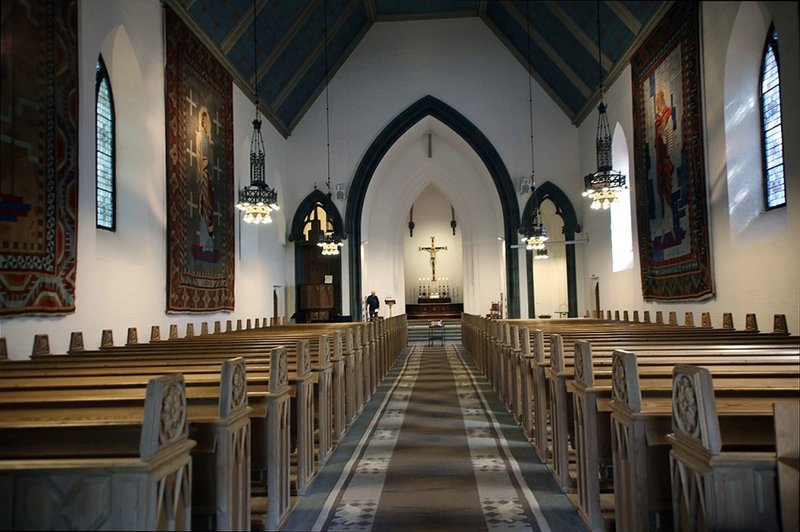 Storetveit congregation hosts the event. The church and parish house are beautifully located on the outskirts of Bergen city center. Architect Ole Landmark designed the facility inspired by Nidaros Cathedral and Norwegian medieval art. The church celebrates 90 years, while the younger parish house, built in the 50s, is also designed by Landmark. Religious acts and rituals have several points of contact with performance art. We see that we have been given the opportunity for artistic expression in this environment as a unique opportunity!

The event is conducted in accordance with current infection control rules.

Henrik Koppen (b. 1990) is a performance artist from Velsvik, Sunnmøre. In addition to performance, he works a lot with music, sound, sculpture and drawing, and is involved in several collaborative projects such as the performance group HITYAMAC and the duo Koppen & Jorkjen. He has a BA from the Bergen Academy of the Arts, and currently lives in Sunnmøre.

One key work Henrik Koppen has worked on is the performance series Giving and Taking, where he collects liquids from various trees. For example, he has collected birch sap, made pine needle oil and burned tar from pine wood and used these in live performances. He explores concepts such as "the fluid" and the relationship between man and non-human seen in the light of the times we live in, with eco-disasters and climate change, where man is aware of his role in the world in a new way.

Frantzsen & Mjanger was established in January 2017 and consists of Maria Almås Frantzsen, visual art with a focus on glass, and Ruth Hol Mjanger, drama / theater. The artist duo challenges the traditional approach to glass in encounters between crafts and performative contemporary art in outdoor spaces. The duo works process-oriented and involves the audience in the co-creation of the works of art.

In 2019, they were awarded the Crafts Prize from the Visual Artists' Aid Fund for the work "Hold your breath".

Frantzsen has a bachelor's and master's degree in art with a specialization in glass from Edinburgh College of Art. Her work develops around human encounters as well as emotional and physical experiences and is presented in the permanent collection at KODE in Bergen and Sogn og Fjordane art museum. She is affiliated with S12 Gallery and workshop in Bergen and has been responsible for their education program since 2012.

Mjanger has a master's degree in drama from Bergen University College. In 2015, she qualified as an associate professor at NLA University College with a focus on the threefold competence to be an artist, teacher and researcher. Thematically, there is considerable variation in Mjanger's work. Through art-based research and as a reflective practitioner, she explores new approaches and methods at the border between art and applied science. Her artistic work is interdisciplinary and explores connections between body, space, identity and existential questions.

Katarina Skår Lisa is a choreographer, performing artist and educator. Through artistic exploration, she looks at her own heritage as Norwegian, with Sámi roots. The intertwined relationship between nature, culture, people and landscape becomes the way to understand how all life is connected, in an indigenous perspective. Lisa's work can be placed at the intersection of performing arts and visual art performance. Her expression highlights interdisciplinary collaboration as an important visual, relational, artistic and social working method. In this way, she feels that the works of art not only relate to the art world, but also to the culture, nature and our society.

Katarina Skår Lisa holds an MA in choreography from the Oslo Academy of the Arts and a BA in teacher education in dance from the University of Stavanger. Katarina is currently working in close collaboration with textile and costume designer Ramona Salo Myrseth, where the projects weave in choreography and design, movement and textiles in a world influenced by Sea Sami cosmology.

Lizlot Frydenlund is a Mexican artist living in Norway since 2001. She expresses her art through performance, dance, music, voice, body painting and handmade art. She has collaborated in several PAB events since 2018 and for her it has been the perfect place to understand what the words meditation, concentration and collaboration mean. Through her performances, you can always find a touch of a little girl who researches and discovers the world. Lizlot has a bachelor's degree in marketing, has studied special education and works as a teaching employee at a kindergarten. She is also a Hatha yoga and laughter yoga instructor and has practiced meditation for many years. She is the official dancer in the Mexican folk dance group "México Lindo" and has learned many types of dance for several years. She plays various musical instruments and has taken several courses to teach children yoga, music and painting.

Vilde Jensen is a performance artist who explores different perceptions of time and moods through rituals and place – and situation-specific performances and happenings.

“Rituals are both an interruption of everyday life and a place you can visit again and again. I often start with elements that are associated with rites of passage, such as a meal or a bath, and create a story where the viewer becomes involved in the work. Myths and adventures related to everyday things, such as plants or cups, give me the opportunity to lift the little things we surround ourselves with all the time into a story where anything is possible. When time passes and I do not feel I can keep up because there is chaos inside me, I seek infinity. We follow the sun, the year and the bodies and are allowed to let encounters between people occur.”

Vilde has a BA in art from KMD, and a BA in Theater and Performance Studies from the University of Copenhagen.

The event is curated and organized by Anette Friedrich Johannessen and Rita Marhaug.

With support from Bergen Kommune

Storetveit kirke south and north side